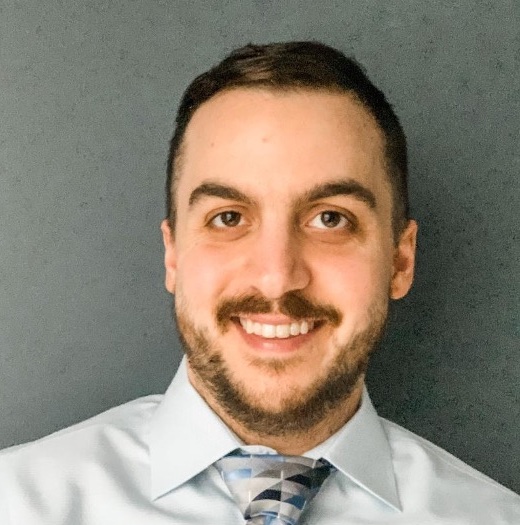 Caleb Neuberger is a driven and creative salesman who takes pride in his ability to customize his outreach, striving to add a personal touch to every sales conversation.

After over a decade in the hospitality and service industries, Caleb realized that helping others and engaging in meaningful conversations were not only two of his greatest skills in life, but also some of his greatest passions. With this in mind, he enrolled in a Sales Development training program. After graduating, he turned his new knowledge base into a rewarding and successful career in SaaS Sales.

When not working, you will likely find Caleb playing music (guitar, drums, bass and piano), binge watching Survivor or studying Eastern spirituality. An avid concert-goer, Caleb has seen several of his favorite bands 50+ times each. After changing states 8 times in his adult life, Caleb settled down in his hometown of Columbus, OH where he and his wife Brooklyn just purchased their first home.

We use cookies on our website to give you the most relevant experience. By clicking “Accept All”, you consent to the use of cookies.
Accept All
Manage consent

This website uses cookies to improve your experience while you navigate through the website. Out of these, the cookies that are categorized as necessary are stored on your browser as they are essential for the working of basic functionalities of the website. We also use third-party cookies that help us analyze and understand how you use this website. These cookies will be stored in your browser only with your consent. You also have the option to opt-out of these cookies. But opting out of some of these cookies may affect your browsing experience.
Necessary Always Enabled
Necessary cookies are absolutely essential for the website to function properly. These cookies ensure basic functionalities and security features of the website, anonymously.
Functional
Functional cookies help to perform certain functionalities like sharing the content of the website on social media platforms, collect feedbacks, and other third-party features.
Performance
Performance cookies are used to understand and analyze the key performance indexes of the website which helps in delivering a better user experience for the visitors.
Analytics
Analytical cookies are used to understand how visitors interact with the website. These cookies help provide information on metrics the number of visitors, bounce rate, traffic source, etc.
Advertisement
Advertisement cookies are used to provide visitors with relevant ads and marketing campaigns. These cookies track visitors across websites and collect information to provide customized ads.
Others
Other uncategorized cookies are those that are being analyzed and have not been classified into a category as yet.
SAVE & ACCEPT